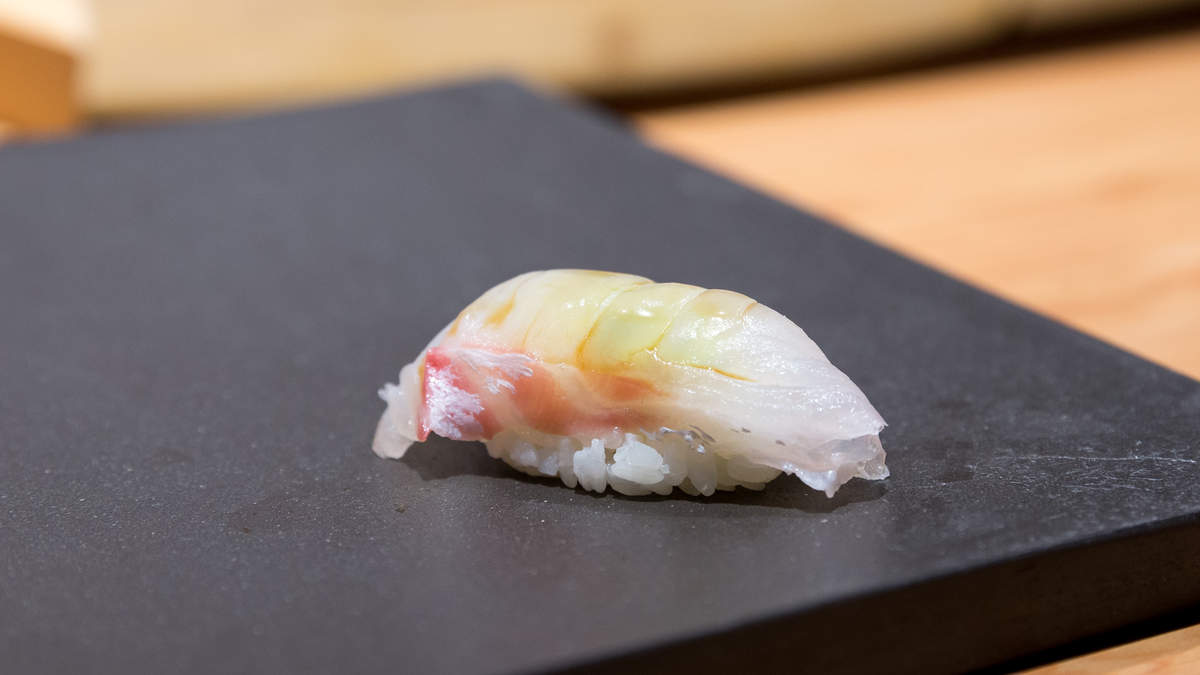 Tai is an incredibly important fish to the Japanese people and, as such, has a very special place in sushi. In fact the small port town Toyohama in Hiroshima throws a massive festival in the summer to commemorate tai, complete with 18-meter long sea bream floats and dozens of food stall vendors. The popularity of this fish in particular is the origin of the popular taiyaki waffle desserts shaped like a sea bream fish and filled with anko bean paste.

Tai sushi is about as old as sushi itself. It has recently become more popular and widespread, but this is one of the most commonly mislabeled fish in sushi. Primarily in Western markets, the sushi labeled as tai is often red snapper (Pagrus major). Red snapper is actually called madai (which translates to "true tai"). The tai used in Japanese sushi refers to Japanese snapper (Paracaesio caerulea). 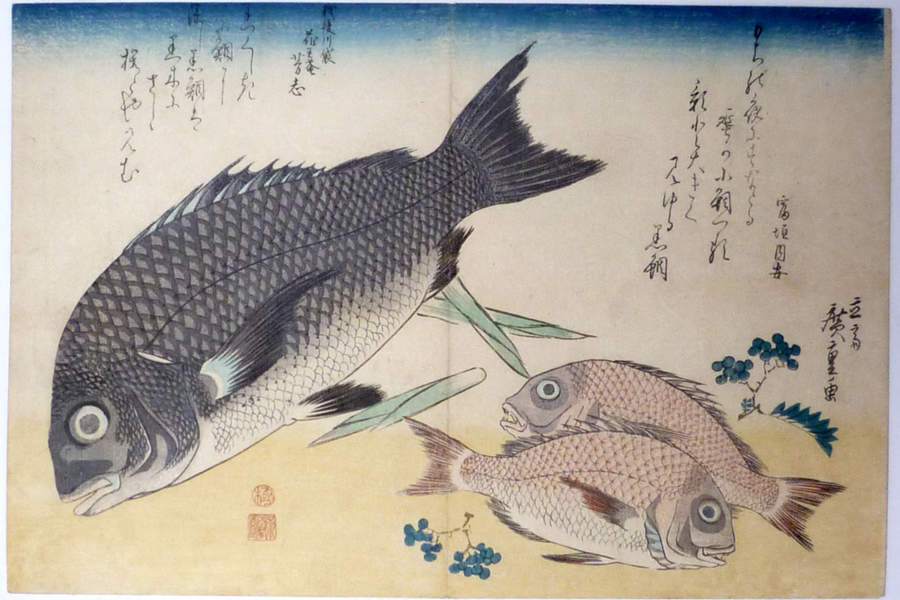 Tai is a firm-flesh white fish, very mild in flavor. Many find it to have a very agreeable taste, especially newcomers to sushi since it does not have much “fishy” flavor. It is very lean for most of the year and only ever develops a small amount of fat in the late spring and early summer months. When enjoying as part of a sushi meal, it provides a clean refreshing pause from stronger-flavored neta like eel or mackerel.

Tai makes excellent sushi all year, but it is best when it develops its highest fat content before spawning. This season varies by region, but a good rule of thumb is to partake between May and August. The most prized tai are sakura-dai (cherry blossom bream), which reach their optimal season in April. They have a highly pronounced red stripe bloodline, a distinguishing characteristic from other shiromi (white-fleshed fish). Because tai can live a very long time—up to 40 years—the taste and texture will also vary by age along with season. The younger fish called kasugodai are more tender and often served with the skin on.

Being such a versatile fish, tai can be prepared and served in any number of ways.

Tai served fresh without any special treatment is called nama. Simple and delicate, sushi made from nama fish will taste very clean with just the flavors of the fresh fish and shoyu (soy sauce) coming through. Very fresh fish just killed will have no flavor, so aging for at least one day is important for this preparation.

Kobujime is a preparation method which cures the fish with salt and a piece of konbu (kelp seaweed). An incredible reaction occurs between these two ingredients increasing the amount of glutamic acid in the fish. Glutamic acid is the primary component in umami flavor—the “glutamate” in monosodium glutamate (MSG). Thus kobujime is a technique that packs the fish with rich savory flavor for use in sushi.

Generally speaking kobujime involves removing the skin to cure both sides of the flesh for maximum surface area. While the skin has its own texture and flavor, it cannot be eaten raw because it is far too tough. Yubiki allows the chef to leave the skin on for flavor and aesthetic by cooking the skin only and leaving the rest of the fillet raw. 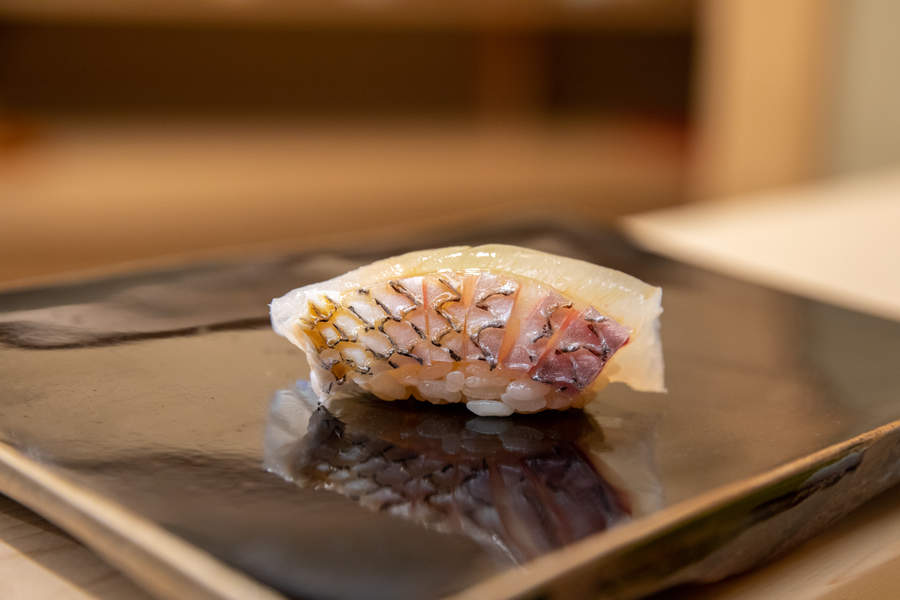 This is possible by elevating the fillet skin side up and pouring scalding hot water over the skin before immediately plunging into an ice bath to stop the cooking. The skin will curl up, but return to its normal position after being iced and refrigerated. The fish can then be sliced for sushi and sashimi as usual, leaving a hint of skin for a gorgeous appearance.