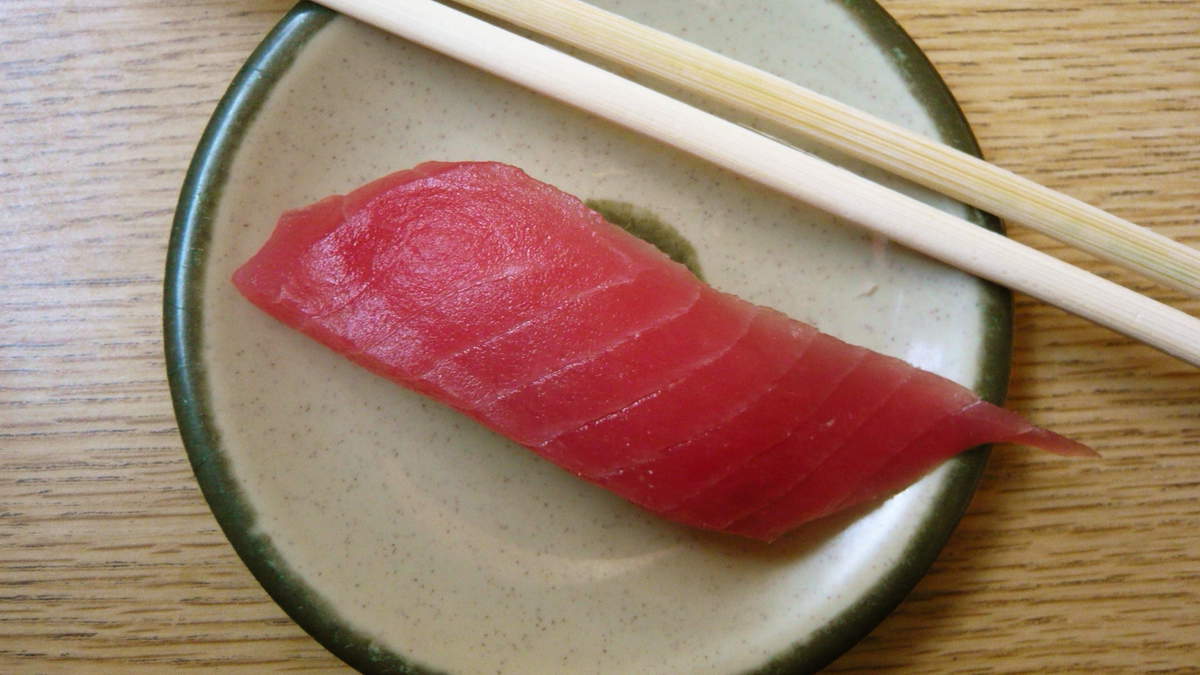 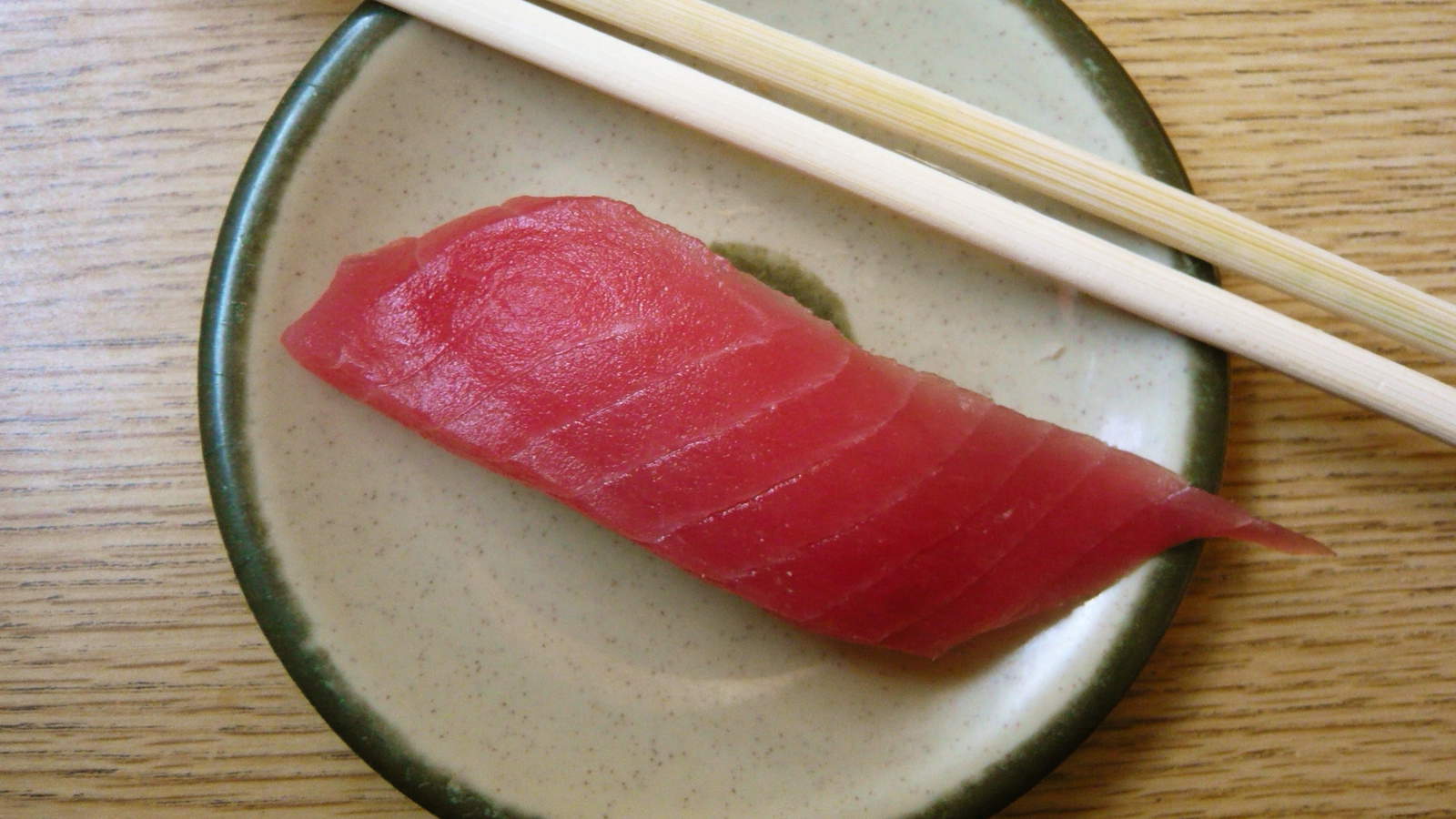 So you want to make your own sushi and were told to pick up some "sushi-grade" fish? You may be aware that parasites are the main danger of eating raw fish, and even that "sushi-grade" means the fish was frozen to kill those parasites. Both of these facts are partially true. The internet has no shortage of wild myths about parasites, "sushi-grade," and the fish we eat for sushi, but the long and short of it is: you will probably never get a parasite from raw fish in your life! It would be like winning a very unlucky lottery. Unfortunately parasites are a very real danger that we must accept, even if it's not one we're likely to encounter. You're probably not going to die in a car crash, but you should still wear your seatbelt every time you get in a car. This guide will walk you through the true dangers of eating raw seafood and how to minimize your risk.

The Exaggerated but Real Dangers

The way people discuss “sushi-grade” fish and the importance of freezing, you would think virtually every fish is crawling with worms waiting in ambush for a host to wreak havoc on. Fear and disgust drive clicks through articles like "Almost Every Kind of Wild Fish is Infected With Worms," (vice.com) but this sort of inflammatory food journalism is not based in science. The truth is that parasites are quite rare and only occur with any frequency in a small handful of species. For the species that do experience parasites, infection rates vary regionally as well. One study observed rates as high as 98% of horse mackerel from a Japanese wholesale market carried the the Anisakis parasite.

But in Japan, an entire country of raw seafood eaters, there are only 1,000 reported cases of Anisakiasis per year.

Of course, the true number is higher, but that number is staggeringly low considering the population size of 127 million and the seafood-heavy diet of the average Japanese person. 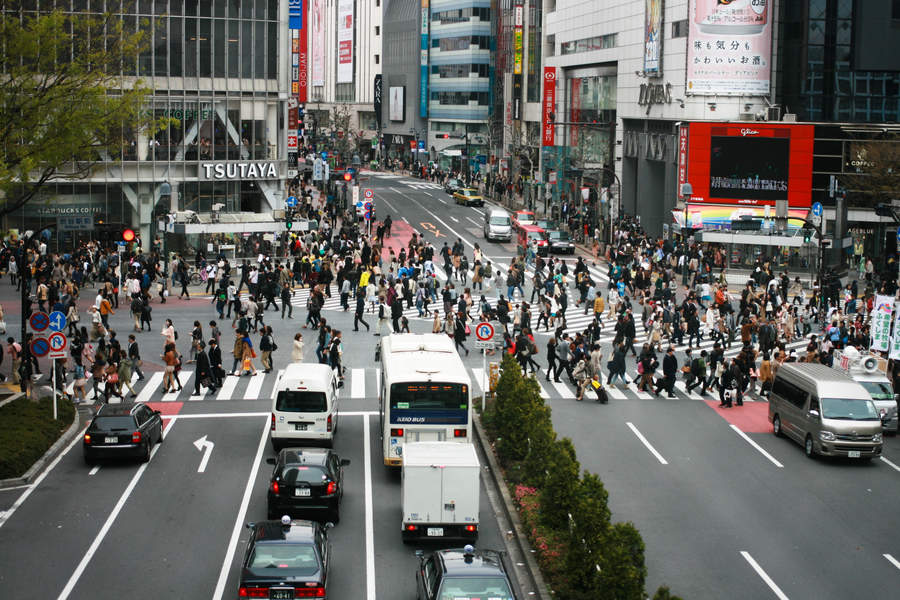 Japan has a population of 127 million, but only 1,000 cases of Anisakis poisoning per year / Photo courtesy of Patrick Tully

The fear-mongering around parasitic illness is not entirely unwarranted because the consequences can be painful and severe. But rest assured that you, as an individual, are unlikely to contract a parasitic illness from eating raw fish. However, public health policy is not based on you as an individual; it attempts to reach near-zero levels of risk across the entire population. On a national and global level, 0.01% probability of illness is still a lot of people. The U.S. is fortunate enough to have very low rates of parasite-related illness from sushi—only 60 cases of anisakiasis have ever been reported. That's right, 60 cases diagnosed ever.

And this is where the whole "sushi-grade" thing comes in. The absurdly low number may be thanks to the FDA guidelines which dictate that fish sold for raw consumption be frozen under one of the following conditions to kill parasites:

Most of the time this flash-freezing, at temperatures as low as -40°F, happens on commercial fishing boats or by a wholesaler, long before it ever reaches your plate or the restaurant. Lacking a true definition from any central authority, "sushi-grade" has come to mean fish which roughly follow these guidelines. 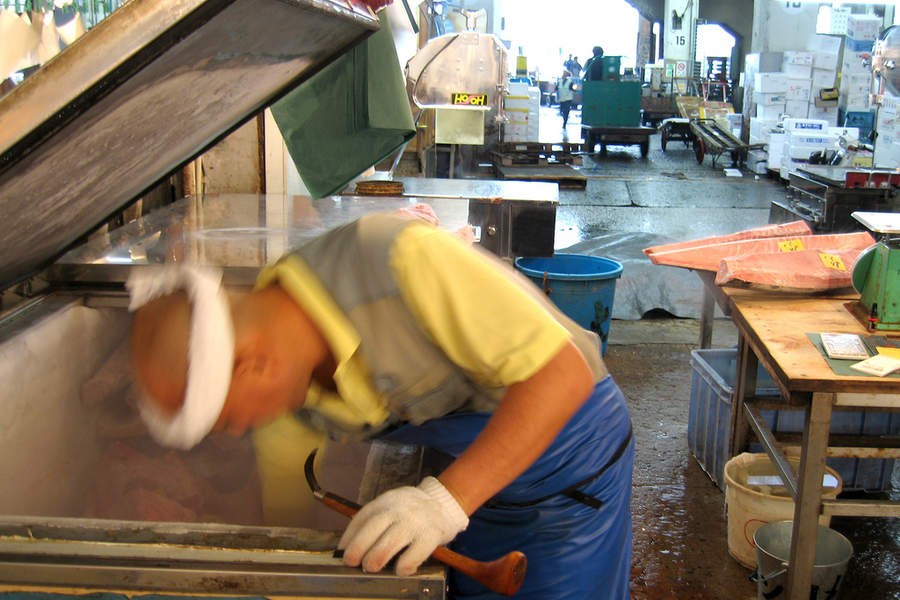 The dangers of unfrozen fish largely come from Anisakis (nematodes), the most common marine parasite, but tapeworms can also be present in the flesh of freshwater fish. Anisakis is a small handful of species that begin their life cycle infecting crustaceans and krill, which are then eaten by fish and squid, which are then eaten by mammals like seals. Because our digestive system mirrors marine mammals closely enough, the larvae will burrow into our intestines and eventually die, provoking our bodies to aggressively respond and make us violently ill. 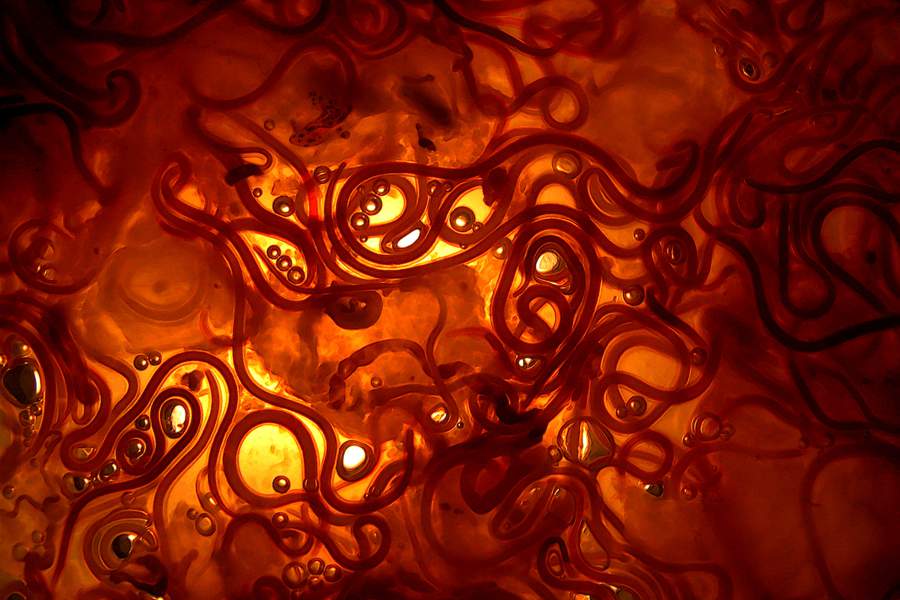 These worms are small, but visible to the naked eye—about the size of the edge of your fingernail. Many people even report seeing them crawling around in the fish they bought.

Wild cod, herring, salmon, and mackerel are particularly susceptible to Anisakis while freshwater fish like rainbow trout are more susceptible to tapeworms.

But these are species-specific risks, so it would logically make sense to require special treatment of those fish rather than requiring all fish to be unnecessarily frozen, including those that present no danger. Unfortunately, such a policy breaks down in practice. Up to 30% of fish are mislabeled somewhere along the supply chain. Not to mention the impossibility of enforcement, required training of the employees across a multi-billion dollar industry, and possibility of human error. It is much easier to mandate that all fish be treated equally. The FDA allows a few exceptions, because it is easier to remember a short whitelist than a very long blacklist.

Notably, tuna and shellfish like oysters, clams, and scallops need not be frozen for raw consumption

So why these and not fish like tai (sea bream), whose very low parasitic risk is on-par with that of tuna? The frequency with which they are eaten raw with no parasite-related symptoms has cleared them as a risk. It’s also possible that these whitelisted items were chosen due to their unique characteristics that make them hard to mislabel (tuna’s bright red flesh from myoglobin is an easier identifier and no one is going to try to sell you cod and tell you it’s an oyster).

The absolute safest way to avoid fish parasites is to not eat fish or to only eat fish cooked to 145°F, but that rules out sushi and just about any restaurant who knows how to properly cook a fish. If you do eat raw fish, your risk factors depend entirely on how trustworthy your source is. You can always make sushi from fish being sold as “sushi-grade” when in doubt.

Unfortunately for consumers, "sushi-grade" is an unregulated marketing term that may just serve to decrease the movement of their supply due to the higher price

It’s a safe bet that anything sold as “sushi-grade” has followed FDA guidelines for freezing, even if there is no legal mandate to do so. But at the exorbitant cost of most sushi-grade items, you might be better off just buying the sushi from a restaurant! There’s no cost savings to making it on your own, nor is it common to have a wide selection of fish in the “sushi-grade” category. Typically it’s limited to maguro, sake, hamachi, tako, and saba, only two of which have parasite-related risks anyway. If you’re lucky, you might find a slightly broader selection of ika, hirame, ikura, and tai.

This leaves the adventurous souls with a higher tolerance for risk to purchase fish for sushi from the best source they have access to, whether it was labeled for use in sushi or not. If you feel comfortable with the risks and are prepared to source fish for your sushi, stick to these strategies to keep the parasite risk low.

More questions you want answered? Email them to faq@sushimodern.com.

What is Omakase
What Makes the Best Nigiri Sushi
Why Is Sushi So Expensive?
Uni, ウニ (Sea Urchin)